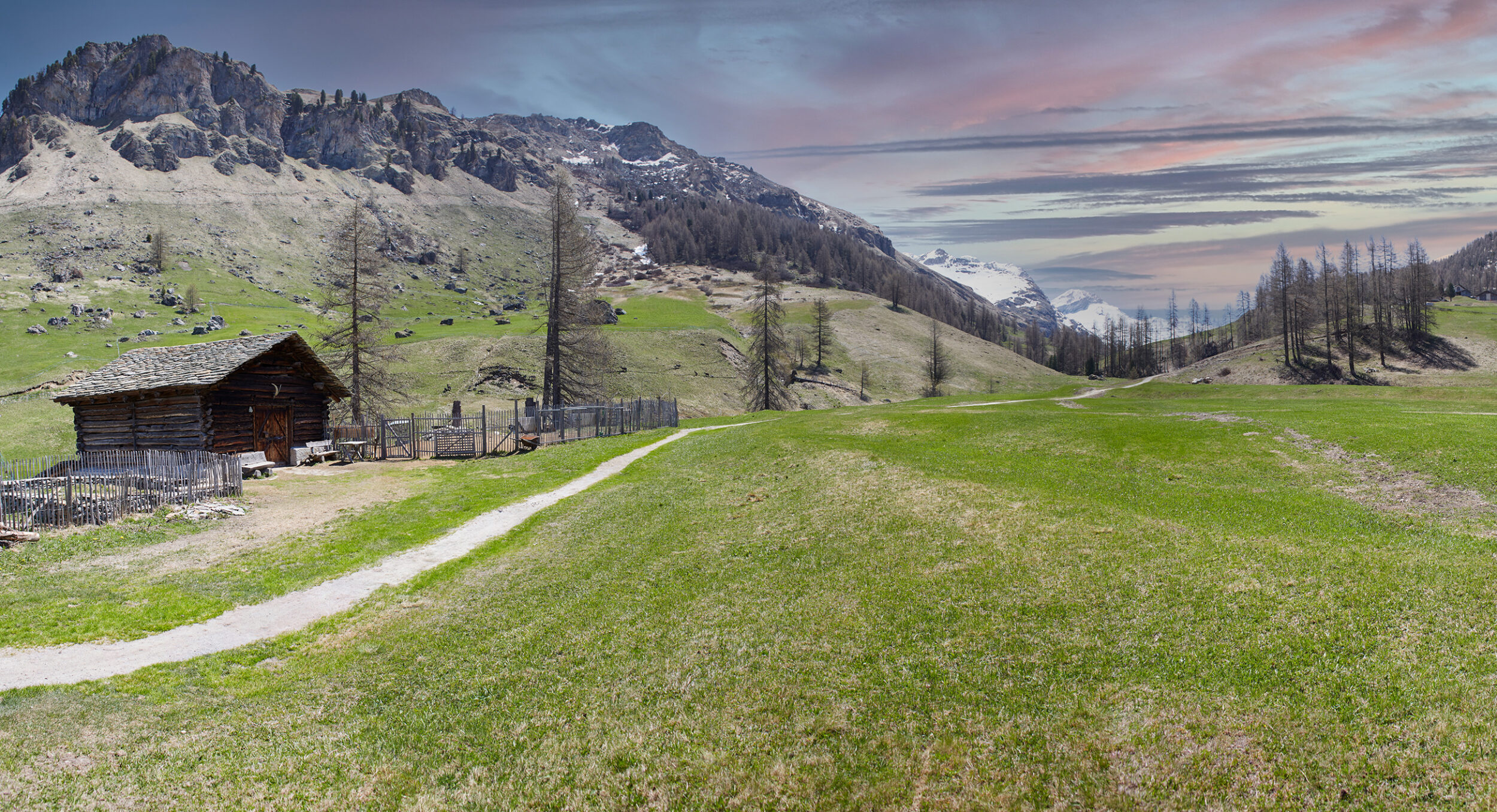 In the Swiss alpine landscape of the Engadin valley, Polish sculptor Paweł Althamer’s ‘Franciszek’ transforms a 17th century hut into a mysterious chapel.

For its inaugural exhibition, the Beatrice Trussardi Foundation has invited Polish artist Paweł Althamer to present an installation in a mountain hut 2000 metres above sea level in Val Fex, the centre of one of the most fascinating hiking routes in the Engadin. A quintessential example of the confrontation between age-old traditions and modernisation in rural Europe, the alpine valley of the Engadin is the point of departure for a reflection on the region’s recent transformations—both environmental and social. Over the centuries, the Engadin’s geographical position as one of the highest inhabited valleys in Europe and its distinct geological formations have made it a place beloved by artists and intellectuals.

In this modest 17th century hut, only accessible by foot or horse-drawn carriage, Paweł Althamer will create one of his ‘tableaux’ in which he combines memories of sacred art with vernacular influences from various cultures. At the heart of this installation is the figure of St Francis, chosen as the symbol of a deep communion with nature and of a simultaneous detachment from earthly possessions.

In Althamer’s works—often created with organic materials such as grass, leaves, wax, animal entrails, and skins—reality and fiction merge to provide a fantastical and mysterious atmosphere. Within this world human figures are the recurring units against which to measure reality while simultaneously functioning as gateways to spiritual experiences. This installation is rooted in the tradition of a ‘visionary Switzerland’, as described by curator Harald Szeemann, which in the Engadin inspired an unusual combination of spiritualism and materialism as seen in the work of Friedrich Nietzsche, Giovanni Segantini, Lou Salomé and Alberto Giacometti, each profoundly influencing the way we imagine and experience nature.

A sculptor, performer, and video maker, Paweł Althamer (b. 1967, Warsaw) bases his artistic practice on a participatory approach to art, rooted in the belief that art can provide a vehicle for change as well as individual and social growth. After training at the Academy of Fine Arts in Warsaw between 1988 and 1993 and graduating in sculpture with Professor Grzegorz Kowalski, in the early 1990s, he began exhibiting his work together with fellow students such as Katarzyna Kozyra, Jacek Markiewicz, Jacek Adamas, and Artur Żmijewski.

He has participated in major international exhibitions and festivals—such as Documenta in 1997, Manifesta 3 in Ljubljana in 2000, and the Venice Art Biennale in 2013—and has held solo exhibitions in museums all over the world, including the New Museum in New York, the Deste Foundation in Athens, the Bonnefantenmuseum in Maastricht, the Institute of Contemporary Arts in London, the Deutsche Guggenheim in Berlin, the Musée National d’Art Moderne—Centre Georges Pompidou in Paris, and the Helsinki Art Museum.

We use cookies on our website to give you the most relevant experience by remembering your preferences and repeat visits. By clicking “Accept All”, you consent to the use of ALL the cookies. However, you may visit "Cookie Settings" to provide a controlled consent.
Cookie SettingsAccept All
Manage consent

This website uses cookies to improve your experience while you navigate through the website. Out of these, the cookies that are categorized as necessary are stored on your browser as they are essential for the working of basic functionalities of the website. We also use third-party cookies that help us analyze and understand how you use this website. These cookies will be stored in your browser only with your consent. You also have the option to opt-out of these cookies. But opting out of some of these cookies may affect your browsing experience.
Necessary Always Enabled
Necessary cookies are absolutely essential for the website to function properly. These cookies ensure basic functionalities and security features of the website, anonymously.
Functional
Functional cookies help to perform certain functionalities like sharing the content of the website on social media platforms, collect feedbacks, and other third-party features.
Performance
Performance cookies are used to understand and analyze the key performance indexes of the website which helps in delivering a better user experience for the visitors.
Analytics
Analytical cookies are used to understand how visitors interact with the website. These cookies help provide information on metrics the number of visitors, bounce rate, traffic source, etc.
Advertisement
Advertisement cookies are used to provide visitors with relevant ads and marketing campaigns. These cookies track visitors across websites and collect information to provide customized ads.
Others
Other uncategorized cookies are those that are being analyzed and have not been classified into a category as yet.
SAVE & ACCEPT
Powered by